Elmie Castleman has been Golden Key’s regional director in South Africa for over three years. She was initially drawn to Golden Key as both a member and part of the team because the global footprint and mission of Golden Key International Honour Society initially caught her attention.

“I am inspired by a performance culture, people that stand out above the rest irrespective of their circumstances and that are tolerant of diversity,” said Castleman.

Castleman is passionate about continuous professional development and scalability. She said, “The objectives of Golden Key, namely developing academics, leadership, and community projects, resonate with my personal vision to make a difference at a global level. Coaching, mentoring, and developing people comes naturally to me.”

According to Castleman, the best benefit of Golden Key is the input of thought leaders on the Golden Key Academy platform that focus on critical thinking, creative problem-solving, effective communication, maintaining ethical and moral standards, demonstrating emotional intelligence, adaptive learning, and good judgment.

Castleman said, “these skills are essential in preparation for the fifth industrial revolution where imitating human attributes as part of machine learning has proven to be quite difficult.”

She recommends that Golden Key members read The Wretched of the Earth by Frantz Fanon because it discusses class, race, violence, and cultural themes. It is very relevant to South Africa in particular.

Castleman said over the past couple of years; it was inspiring to see how the organization and its members coped with the COVID-19 pandemic and recovered from the unexpected challenges they faced. “No energy or time was wasted on dwelling on failures, said Castleman. “Instead, there was a realistic acknowledgment of the situation with a strong focus to move forward.”

Castleman elaborated that they took the problem in stride rather than letting it paralyze them and that they saw their setbacks and missteps as stepping stones on the road to success.

“We experienced a collective commitment to our lives and our goals, giving us a compelling reason to get out of bed in the morning,” she said. “Leaders and members alike spent their time and energy focusing on situations and events that they could control, e.g., collectively generating hundreds of hours of valuable content for the Golden Key Academy.”

According to Castleman, everyone on her team now has a renewed sense of agency and self-assurance after focusing their efforts where they would have the most impact.

Castleman said the Golden Key South Africa members should take pride in how they responded to the challenges they faced in 2021 when society adjusted to COVID-19 regulations. She said they alone hosted 87 webinars that year.

Castleman reflected on her speech to the Golden Key UJ Chapter’s honorary members during the 20th-anniversary celebration in September 2021:
“However, through resilience and perseverance, our student communities have demonstrated their strength of character in overcoming unfathomable challenges. I believe we have all learned that there is always another way of reaching your goal, no matter how difficult it initially seems. It made us stronger and more adaptable to change. It brings to mind the African proverb: ‘Smooth seas do not make skillful sailors.”

When asked about what her top piece of advice would be, she used the following analogy from Lewis Carroll’s Alice in Wonderland:

Castleman then explained that the analogy’s message is to survive and rise above the challenges by crafting a clear development plan with your sights set on your destination. She said, “we live in a world that celebrates self-belief, but it is far more important to have self-awareness.”

Castleman said that these two practices are often in conflict. For instance, awareness of your limitations (flaws and weaknesses) is incompatible with unacceptable levels of self-belief. Therefore, one should continuously reflect, learn, and develop. Never give up on your dream and your vision.

According to Castleman, the best career advice she has ever received was to be resilient and master resilience by recognizing when a situation or emotion is getting the better of you. She said, “if you don’t, you could end up unburdening your emotions on others, allowing anger to cloud your judgment.”

Castleman then advised us to recognize adversity and struggle head-on rather than running away from the pain and pretending everything is alright when it is not.

She said instead of using judgment as a defense mechanism, commit to a mindset of openness, curiosity, and learning. Always use the 360-degree feedback method in your company—stand firm in your joint resolve to nurture and advance one another.

Lastly, Castleman said that though it may hurt temporarily, constructive criticism is essential for personal growth.

“I was in the privileged position to have worked with a diversity of people ranging from archaic government managers to dynamic founders of businesses; from a king to stoic executives; Olympic athletes; medical specialists; young and upcoming professional, seasoned support staff; small business owners; unemployed youth; and brilliant students,” said Castleman.

She explained that the people that left the biggest impression on her usually had some or all the following characteristics in common:

She said these characteristics support growth, allow for failure, and build confidence.

Castleman said that a manager that leads through inspiration, transforming people’s attitudes and beliefs, and aligning people with meaning and purpose (rather than using the carrot-and-stick method) makes a great leader.

“Leaders that establish an emotional connection with others can validate, appreciate, and empathize with their followers,” said Castleman.

Castleman said “to remain humble, authentic, motivated and determined at all times [is the best skill to have in life].”

She explained that humility is essential to being a great leader. Without humility, it will be tough for anyone in a position of power or authority to acknowledge their mistakes, learn from experience, consider other people’s perspectives, and be willing to change. Humility is a critical driver of leadership effectiveness. Get to know: Gillian Cloete, the Relations Manager at Golden Key Get to know: Malissa Arrington the associate director of U.S. member engagement at Golden Key Get to know: Izzy Pinto, the finance and operations manager for Golden Key’s Asia Pacific region by Julia Brown Elmie Castleman has been Golden Key’s regional director in South Africa for over three years. She was initially drawn to Golden Key as both a member and part of the team because the global footprint and mission of Golden Key International Honour Get to know the CEO: Melissa Leitzell 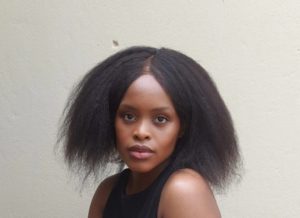 Studying abroad has been a profound part of both my personal and academic careers for the past eight years. I have been profoundly blessed with the places I have been able to travel to, including Ecuador, Peru, Mexico, the Dominican Republic, and most recently, Malawi, Golden Key is happy to introduce Tatenda Dandara, one of Golden Key’s 2021 Outstanding Member Award winners. Tatenda studies a Bachelor of Arts Honours specializing in Linguistics at the University of Cape Town. “I would like to express my gratitude for being awarded this Golden Golden Key is happy to introduce Alejandra Delgado, one of Golden Key’s 2021 Graduate Scholarship Award winners. Alejandra is pursuing a degree in medicine at the University of Florida. “This award reflects the hard work I put into attending my dream school, the University of Golden Key is happy to introduce Kyle Dortch, one of Golden Key’s 2021 Graduate Scholarship Award winners. Kyle started studying for his Master’s in Music Education at East Carolina University in the fall of 2020 and joined Golden Key in the spring of 2021. “I Golden Key is happy to introduce Ryan Brownlee, one of Golden Key’s 2021 Undergrad Achievement Award winners. Ryan is a sophomore at Mercer University, studying Biochemistry and Molecular biology. “Winning this scholarship is a blessing. It allows for me to further pursue my research projects