On Thursday 27 February 2014, the University of Canterbury in New Zealand hosted “Clubs Day”, which is a part of the university’s Orientation Week. On this day the many student clubs and organizations set up tables to attract prospective members; 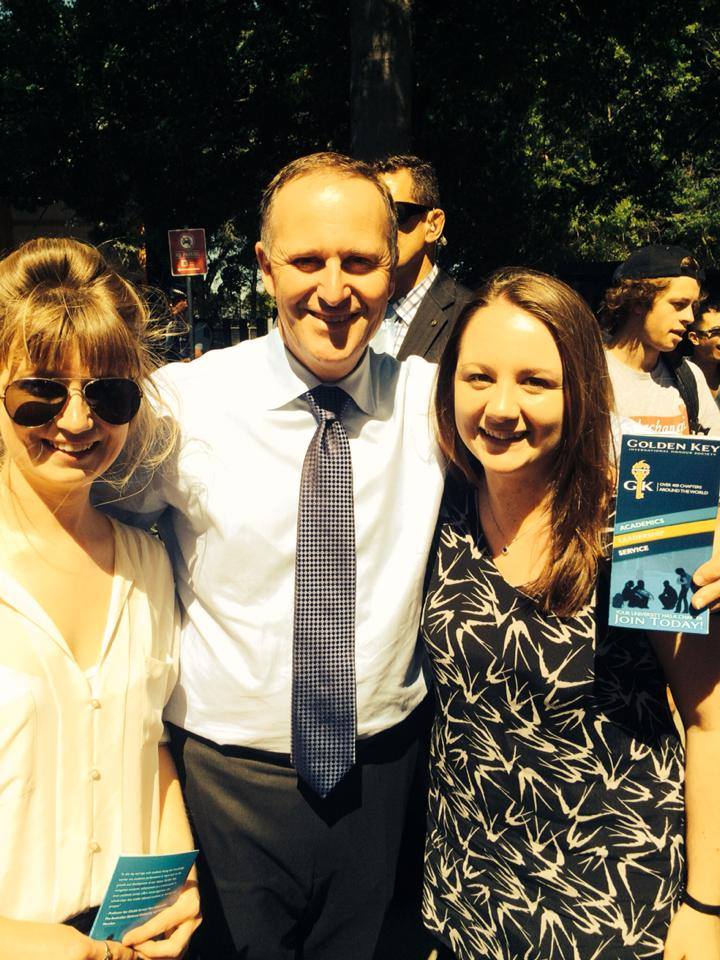 in fact there are over 100 different clubs/student organizations for university students to join, including Golden Key International Honour Society.
This year marks an election year in New Zealand so current Prime Minister John Key has been touring the country as a part of his election campaign. One of his stops on his campaign trail included the University of Canterbury to visit the Young Nationals club, which is the youth wing of the New Zealand political party. While on the campus, Prime Minister John Key ventured through Car Park where Clubs Day is held, and stopped to talk to some of the University of Canterbury Golden Key chapter members amidst the mob of students attempting to talk to him. The members were able to take a few pictures with the Prime Minister and had the opportunity to talk to him before he had to go about his way. Meeting the Prime Minister was an honor for the Golden Key members and a great way to start off the semester!